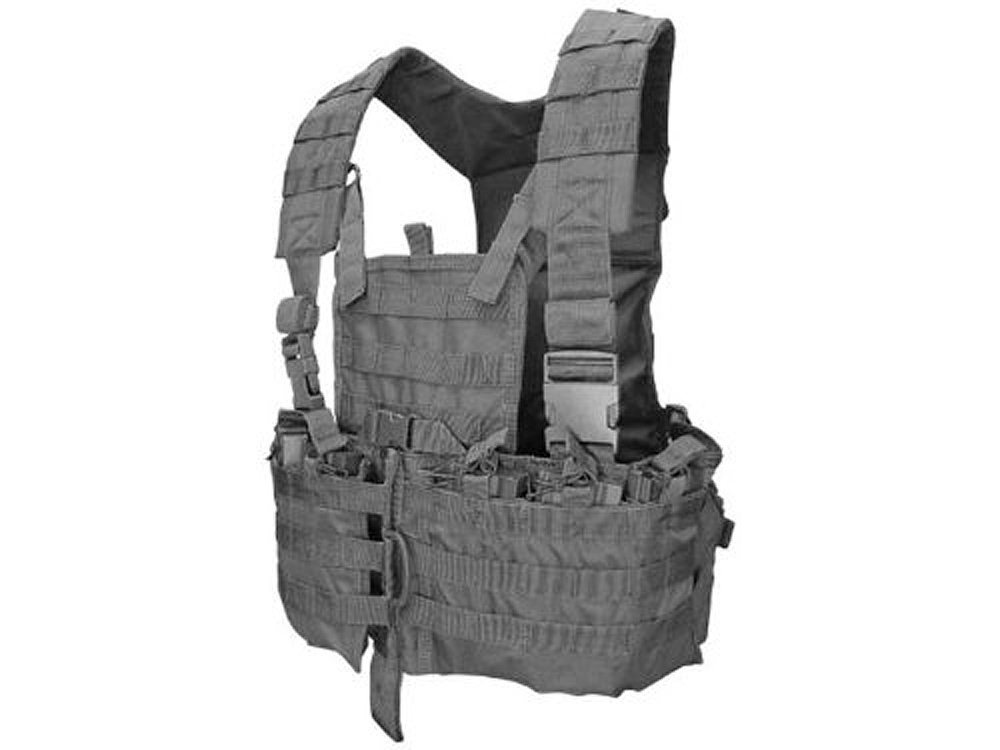 Having served in the paramilitary forces for the last 10 years, I needed a simple yet battle-ready plate carrier to keep up my training. Unlike the ones issued in the forces, commercial ones inevitably cut corners, and thus made the whole experience unprofessional. At a friendly combat exercise however, I noticed one of my friends sporting a unit that appeared to have just the right amount of padding, pockets and was about the right size. After borrowing it from him, I ordered my own Modular Chest Rig by Condor and a year down the line, am yet to regret this decision.

Not only has the unit retained all of the advantages I first noticed when I tried it on, the product has also proved to be extremely rugged and versatile, allowing me to add various attachments. Of course, nothing is an unmixed blessing and so while discussing the positives, I shall also have to highlight the negatives. Both shall be studied below through a careful analysis of the product.

The Modular Chest Rig comes with 8 built-in pouches that are capable of holding a magazine of M4 ammunition each. Equally importantly, they are not located all on one side, such that accessing spare magazines becomes difficult after a point of time. Instead, the pouches are spaced out across the front and sides, so that the magazines can be inserted and removed in whichever order one finds easy based on one’s gun-handling style.

Breaking away from the general tendency of plate carriers, this unit comes with two mesh pockets located along the inner surface of the carrier. These can be used to carry useful supplies like maps, etc. or simply kept empty so that spare ammunition and other material can be inserted into them without taking one’s focus away from the target. Further, despite being of good quality, the mesh pockets do not add additional bulk or insulation, thus allowing soldiers adequate comfort.

A chest platform is vital for soldiers who are likely to come under heavy fire, and hence need additional ammunition when on the battlefield. Unlike other units that come with such platforms, the Modular Chest Rig allows users to adjust the platform, remove it or add a customized one based on the user’s needs. This allows the user to modify the unit according to his/her specific needs, and thus widens the utility of this plate carrier.

The unit comes with an in-built hydration carrier that allows users to carry bladders of water and so avoid dehydration during hot exercises or missions. Further, even with all these features included, the unit is capable of working with a range of belts, internal combat shirts and so on. This makes the unit as versatile as it is useful, and prevents it from coming in the way of other ammunition and communication devices that may have been placed in a belt or other part of the battlesuit.

While the pockets are large, the clasps that hold them together tend to be somewhat difficult to manoeuvre. This is not an issue for experienced fighters, but if one is new to the field, it can lead to errors. Further, the carrier is somewhat difficult to take off compared to the other products, and while it is not expected that a soldier would remove his plate carrier whilst in the midst of combat, it can be irritating to remove it later on.

While it is true that the difficulty in removing the magazines from their pouches is a major drawback and can lead to additional vulnerabilities, the presence of a large number of pouches negates this problem since someone who has made a mistake with one pouch can always fall back upon others and continue fighting. On the other hand, the product comes with a great design that makes it widely compatible, while the presence of mesh pockets and hydration carriers improve the overall usefulness of the product. When all features and benefits have been considered, it becomes clear that the Modular Chest Rig is one of the best options for anyone who is in the paramilitary like I was, or interested in learning combat survival skills.

Get My Latest Posts

Sign up for my newsletter to get the latest blog updates direct to your inbox.